Thinking of Renouncing Your U.S. Citizenship? 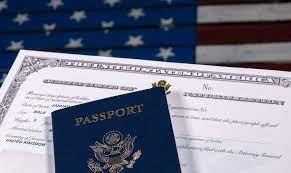 If you’ve ever wondered about renouncing your US Citizenship, you are not alone. According to recent survey data, 1 in 4 ex-pats has considered relinquishing their citizenship to free themselves of US tax burdens, among other things.
2020 saw a record-breaking number of United States citizens renouncing their citizenship - over 6,705 USians decided to cut bait.  In 2021 the number dropped to 2,426, but the drop could be attributed to the U.S. Embassy closings worldwide due to the Covid pandemic.

Why are People Leaving?

US citizens are leaving for various reasons, including finances, legal complications, or personal reasons - but by far, the most common reason is taxes.

The United States is the only developed country in the world that has a citizenship-based taxation system, meaning that US citizens are taxed on their worldwide income, regardless of where it was earned.  Traveling extensively, living overseas, or working predominantly abroad does not shelter you from filing requirements and tax liabilities to the US government or state taxing authorities.  The good news here is that you may qualify for foreign income exemptions, foreign tax credits, or foreign housing deductions that are designed to alleviate the burden of double taxation, but these provisions don’t always eliminate double taxation.

Then there are FBARs, Foreign Bank Account Reports, which require you to file a Financial Crimes Enforcement Network Form 114. This form needs to be filed if “the aggregate values exceed $10,000 anytime during the year reported.” Foreign bank accounts, brokerage accounts, and overseas mutual funds are all accounts that fall within this category. Failure to file these can result in civil or criminal penalties up to $250,000 per account.

Do I have to pay taxes if I renounce my US citizenship?

Renouncing your US citizenship isn’t an automatic get-out of a tax-free card. If the government considers you a high-wage earner (your net worth exceeds $2 million, or your annual net income is more than $171,0000, you can shell out some cash to cover the exit tax. Also, any funds earned in the US after renouncing will be subject to a 30% withholding tax - this includes amounts earned in brokerage accounts, IRAs, etc.  As far as filing goes, if you still have US-based income, you will be required to file a 1040-NR.

How do I renounce my US Citizenship?

Under Section 349(a)(5) of the Immigration and Nationality Act, you have the right to renounce your citizenship voluntarily by “making a formal renunciation of nationality before a diplomatic or consular officer of the United States in a foreign state, in such form as may be prescribed by the Secretary of State,” and this can be done in any country you’ve entered into legally by signing an oath of renunciation.

Before renouncing, you’ll need to obtain a non-US passport and complete a slew of paperwork, so be sure to check with the consulate or embassy office what forms need to be completed and any other required documentation. You’ll also need to prove that you’ve met at least five years of tax compliance to the IRS. Lastly, handing in your US passport will also cost you $2,350.

What happens after you renounce your U.S. citizenship?

Once it’s relinquished, it's nearly impossible to get it back - there are a few exceptions, like if you decided before you turned 18, but the government likely won’t make it a pain-free process. Making a decision of this magnitude shouldn’t be taken lightly. It’s crucial to know what else you’ll need to do prior to coming back to the United States.

Once you’ve renounced citizenship, you’ll be required to apply for a visa to re-enter the United States.

There are several visas to choose from, and researching which one works best gives you the greatest likelihood of visiting the U.S. without complications.